Telescope is an intuitive, easy-to-use tool for the visualisation of project metrics. It adds value to existing reports such as the ones produced by Diffblue Cover and Jacoco, by representing data visually. It also allows you to target development work by showing which areas need further coverage.

In the example below, although the overall coverage percentage is high, one class has a coverage of only 0-40% and two have coverage of 40-70%. Telescope allows the easy identification of classes and methods with lower coverage, and thus allows you to allocate your time and resources effectively.

Please contact Diffblue to obtain a copy of Telescope (at beta release, March 2021).

To run Telescope from the executable file:

To start using Telescope, you need to:

To generate a new jacoco.xml report:

To use Telescope, you must have a jacoco.xml report. Please see these separate instructions for generating a standard Jacoco report.

You can also filter the results shown in the Jacoco report. You must keep the default DCover test name settings for this to be effective.

To generate a new dcover.json report:

1. Click on the Upload Reports button. You can either upload:

2. Fill in the following fields:

4. Once you have uploaded your first report, you can see all reports listed by clicking on this icon on the left menu:

Once you have uploaded a report, click on the Dashboard icon to see the Test Coverage Breakdown. An example is shown below: 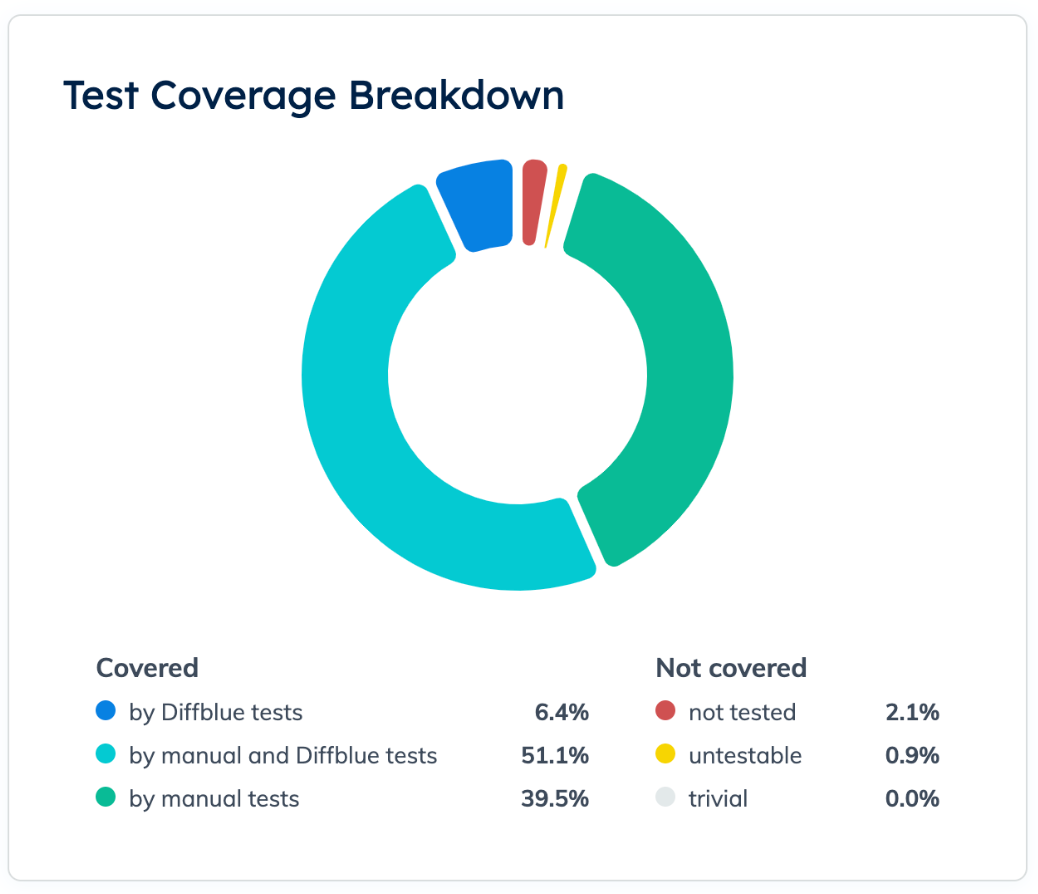 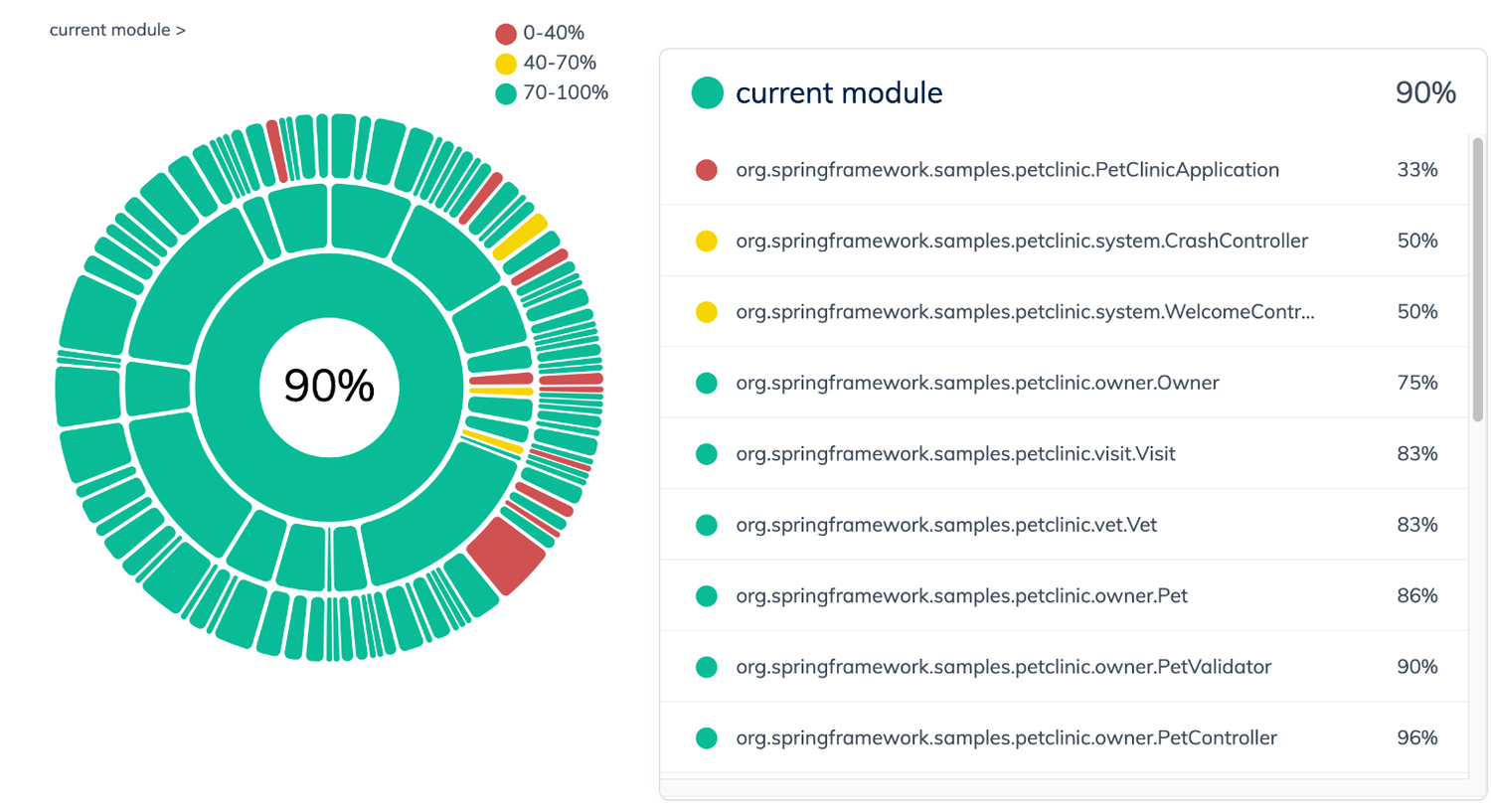 You can hover over any slice of the sunburst to see the coverage percentage.

Use the icon to see the insights into your report, for example: