Cover Reports has many tables that explain the data behind a coverage report returned after running dcover create. This page aims to explain those tables in detail.

This table breaks down how the code is tested (or not tested) and displays the amount of lines covered by each test method.

There are several types of this table, which show coverage at different levels within the project:

In the package and class summaries, this table will also include the number of tests created by Diffblue as well as the number of output codes found.

Below are examples of this table - first from the Run Summary, then the Class Summary dashboard. 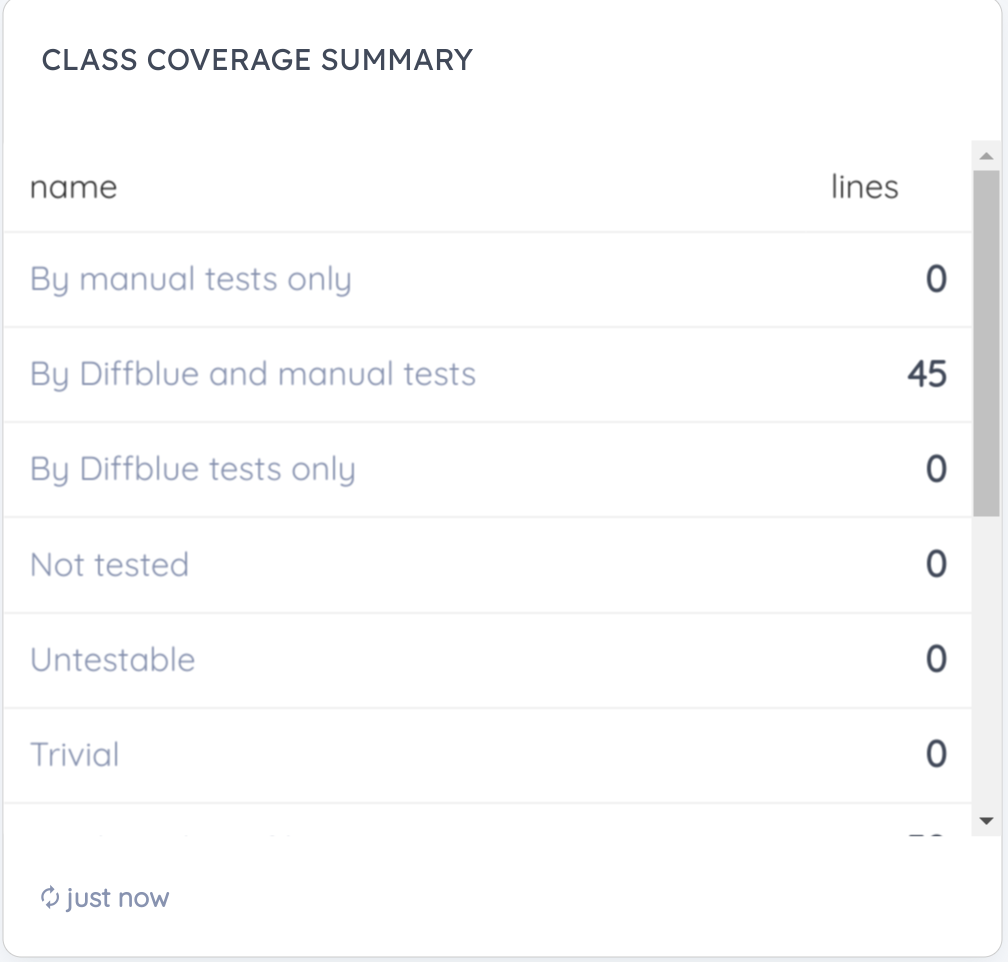 This table seeks also to show the overview of the coverage of a project.

It breaks the module down into classes and methods, in a heirarchical view, and displays the amount of code contained within - as well as how the code is covered by Diffblue and manual testing.

The lines of code shown for the class is equal to the sum of its classes, which are broken down and displayed beneath it.

The table will then show the percentage of those lines of code that are covered by manual tests, Diffblue tests and all tests combined.

The user can also order the table by any of the table headers should they wish.

Below is an example of what this table looks like:

When Cover runs, if there is a problem with a method that hinders test creation, an output code is provided. To see which methods have produced output codes, this table can be used.

There are several types of this table:

Here is an example of a table showing the output codes for a run:

There is a list of all output codes in the top left. This can be used to filter the results for a particular code. In the example shown the filter is set to show only R002.