Cover Reports has many visualisations that simplify analysis of coverage data generated by the dcover CLI. Each visualisation is described in detail.

This is a sunburst chart which shows all elements in the project that have lines not covered by a test.

The rings represent the project hierarchy with the modules at the centre, then the packages, the classes and finally the methods on the outer ring.

Each ring is divided between the elements in the level. For instance, the methods ring will show all methods with uncovered lines.

The size of each segment indicates the proportion of uncovered lines within the level.

The number of uncovered lines is shown in the centre for the selected element in a ring. It is also shown as a percentage of the total of uncovered lines. Therefore, the methods will show the lowest proportions. 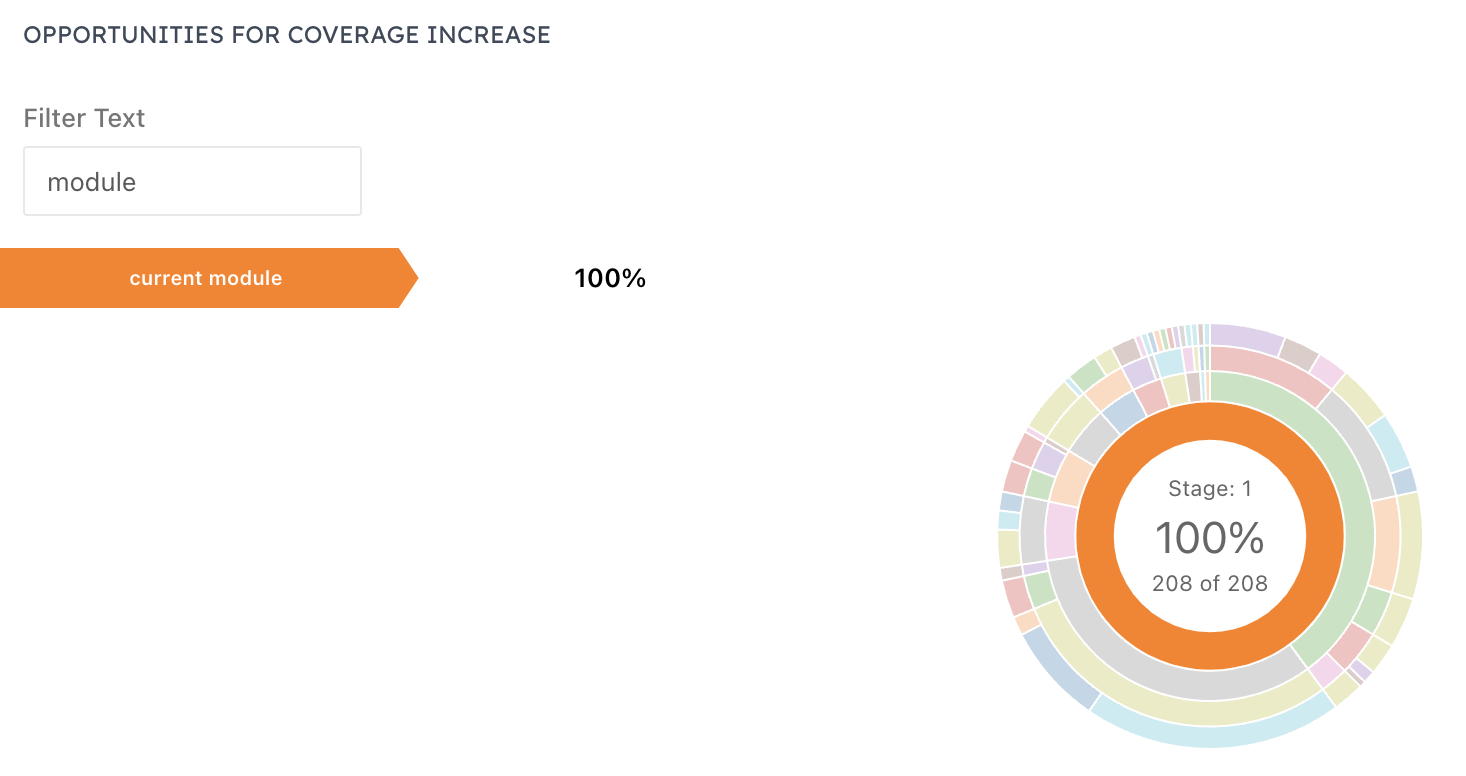 The elements shown in the sunburst can be reduced to allow fine-grained visibility. This is useful when the project is large and produces a chart that has a large number of segments. In this case the segments can appear very small. Anything that is less than 1% will show as a white segment, which is indistinguishable from the background.

To use the filter, type a term that you want to see the detail on in the Filter Text field and press the Apply Changes button that will appear.

The filter term is not case sensitive and can appear anywhere in the element name.

Here a filter has been applied for main:

Only a single dcover run is shown in the chart. To change the run, use the Select Run select list and then press the Apply Changes button.

The treemap shows coverage for the whole project, divided into sections of the appropriate size: 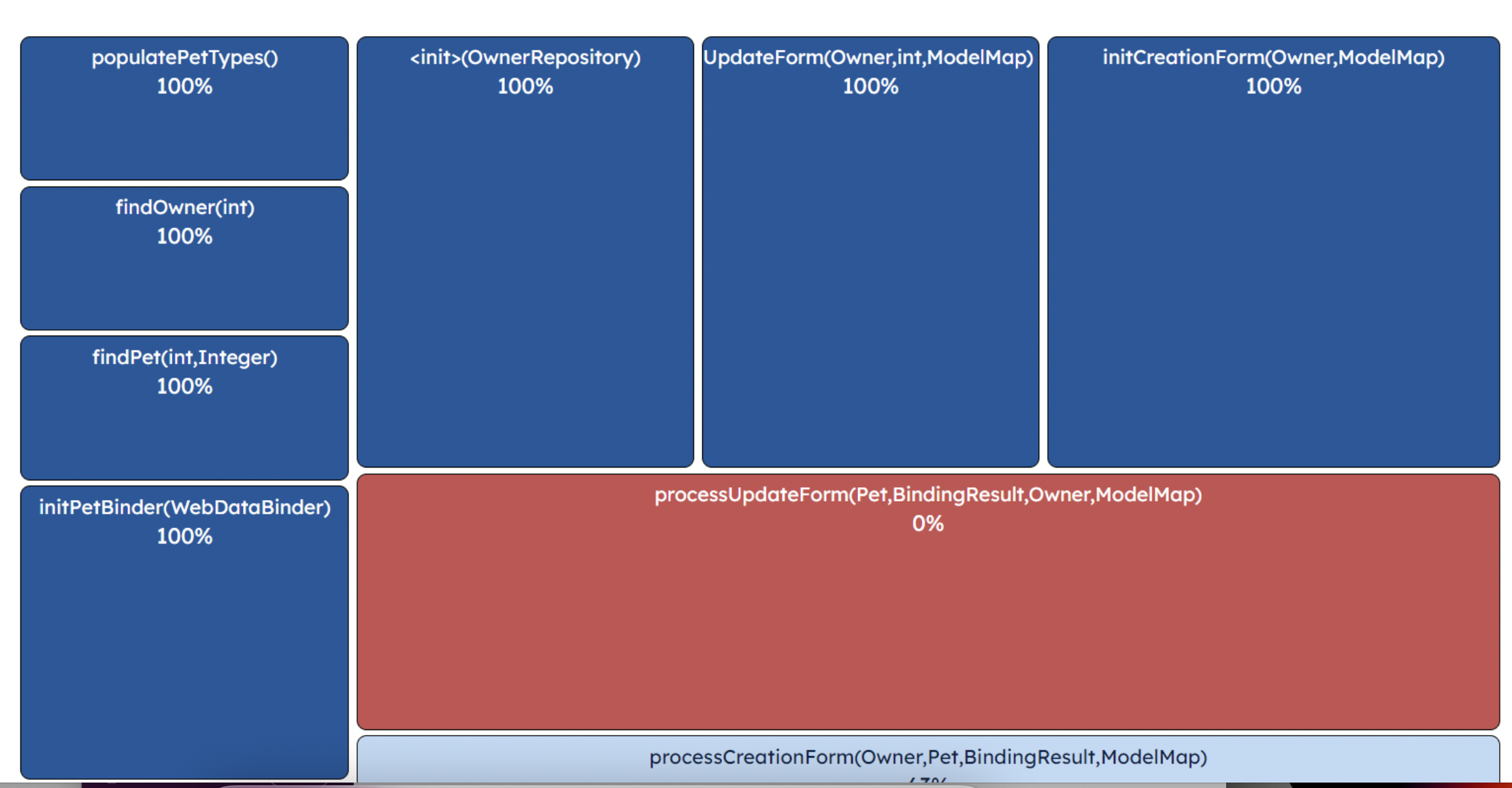 Use the toggle switches above the map to:

The visualisations shown are very similar for both the CLI and the plugin:

This chart shows areas of your codebase where you can get the largest increases in coverage. It is particularly useful if you have added tests, or made the code more testable:

All runs are shown, but the current run is highlighted.

How many lines are covered?

These are stacked bar charts showing the lines covered for each element.

There are several types:

Here is an example of the Coverage by class for the run chart:

Each chart shows how the lines in each element are covered. There are 4 line coverage types:

The sum of all the types is the total number of lines in the element.

When hovering over these charts, you can see the specific element that is affected as well as the amount of its lines that are covered. In the menu displayed in the top-right of the chart, you can also choose to view all coverage types, or only the coverage type that you have hovered over.

These charts can be zoomed to examine greater detail and each line coverage type can be enabled or disabled as required to aid analysis.

The following example shows only lines not covered and lines covered both by Diffblue and manually.

Run coverage sources is represented by a pie chart.

This pie chart is, by default, split into 6 sections which each represent how the code is covered by tests. These sections are:

The percentage displayed on the section of the pie chart represents the lines of code covered by that test source as a percentage of overall lines in the module.

The user can also hover over any section to get the raw amount of lines covered by that test source.

Here is an example of the Coverage sources pie chart where the “Not tested” section is hovered over: 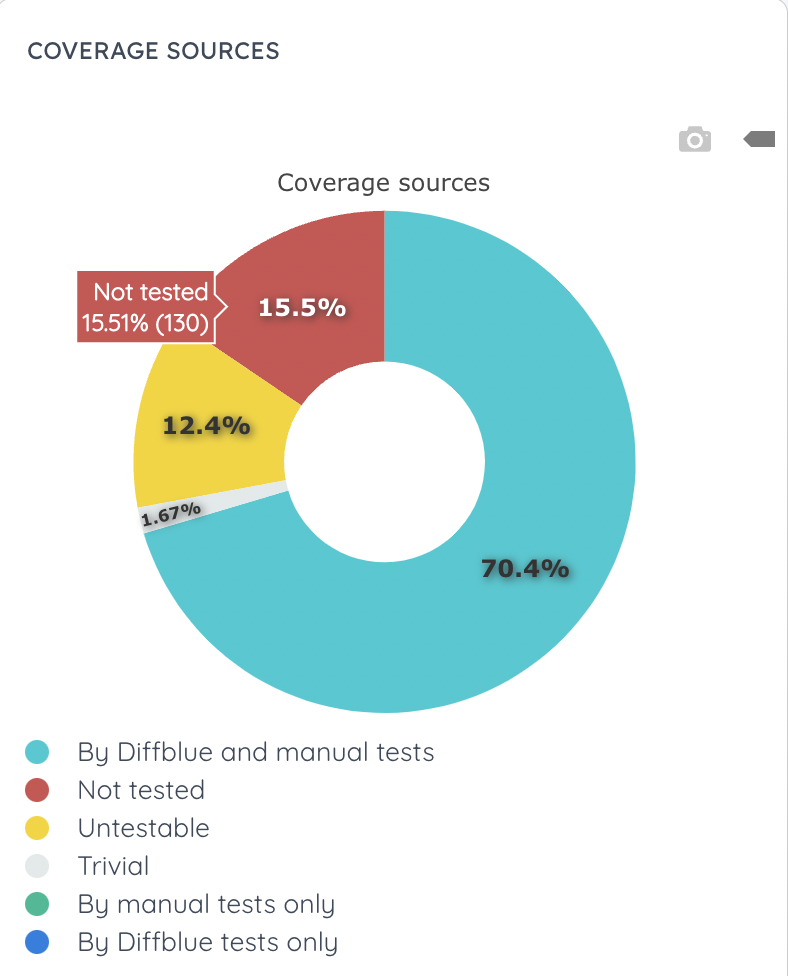 Within this chart, the user can also click on a source within the legend to disable that section from the pie chart.

The remaining result would be a pie chart that represents how code is covered, as a percentage of total lines in the module minus lines covered by disabled sections.

For example, below is the same chart, but with the “Untestable” and “Trivial” sections disabled: 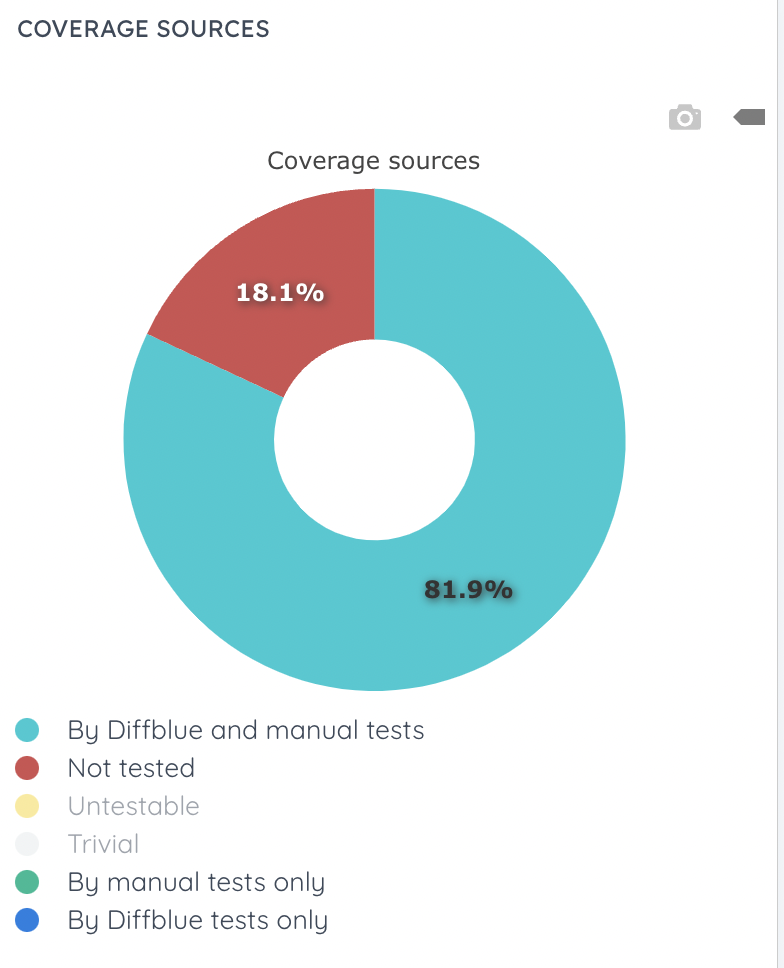 When Cover runs, if there is a problem with a method that hinders test creation, an output code is provided. In these cases, methods can be left with uncovered lines.

This relationship is shown in several charts:

The colours of the items in the charts are arbitrary.

Here is an example of a chart showing the output codes for a run:

This shows that there are: