For example, for method increment in the following class:

The problem is clearly that Diffblue Cover has no opportunity to assert on the side effect of the increment method on field x, which is marked private. The developer could add a getter to MyClass:

Disabling the creation of partial tests

This feature is available by default. In order to switch this feature off, under File -> Settings (Windows/Linux) or IntelliJ IDEA -> Preferences (macOS), select Diffblue Cover, then select the Test Creation tab of the Diffblue Cover configuration screen, and in the Partial Test Creation section, uncheck the boxes for the relevant Allow writing tests ... options. This will disable the creation of partial tests unless no other tests could be created. If no other tests could be created when selecting

or Write Tests then Diffblue Cover will create a skeleton test with simple inputs to get you started. 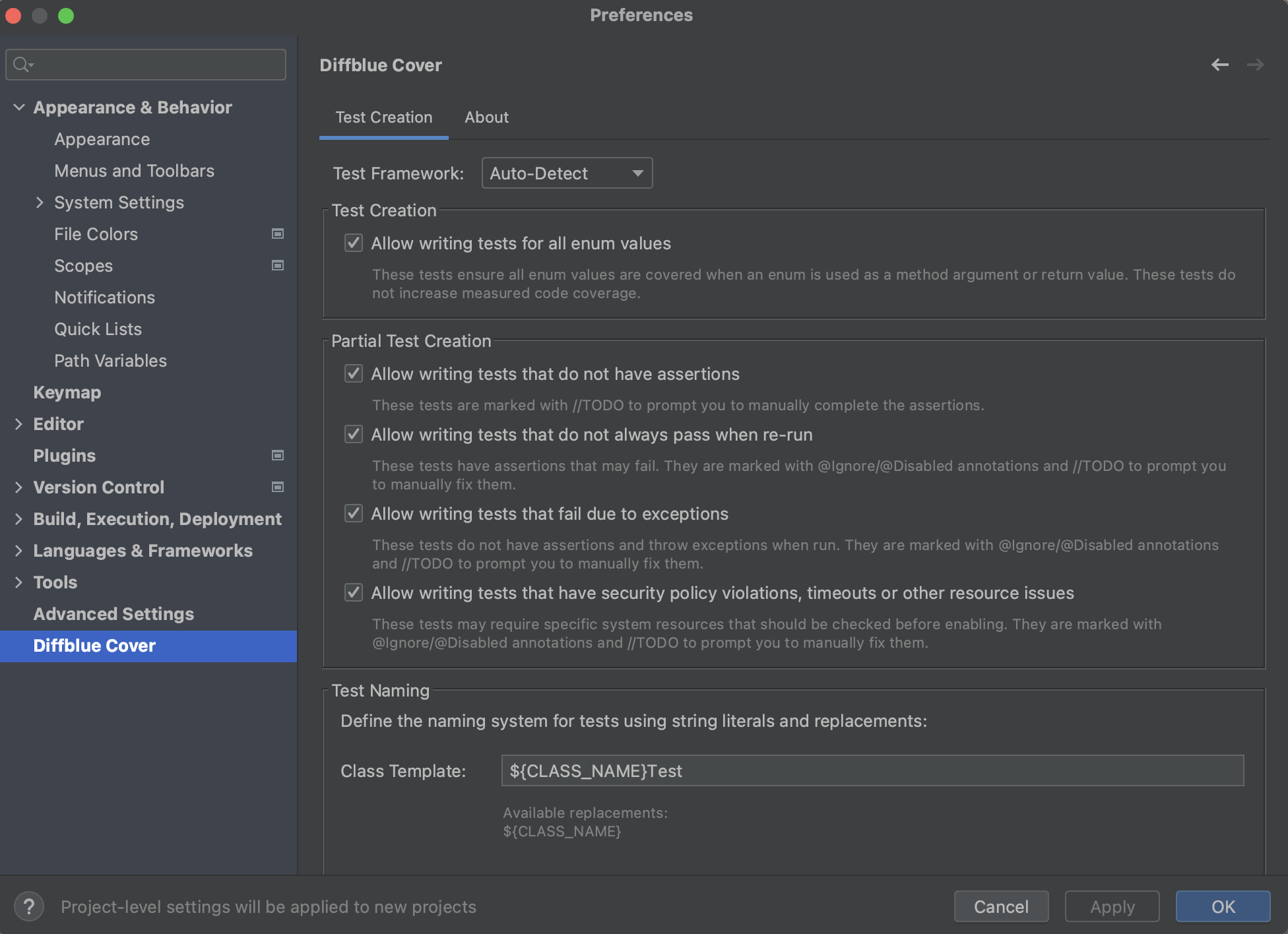